Telethon raises $38 million for the kids of WA - Asthma WA

Home|Articles|Telethon raises $38 million for the kids of WA 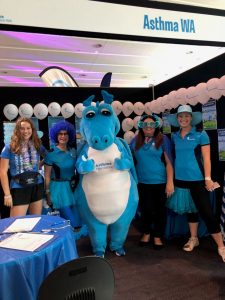 October 21 & 22 saw the annual Telethon Weekend reach a new record of just over $38 million being raised for many different organisations across Western Australia like Asthma WA.  Channel 7 broadcast the event for 26 hours over the weekend from the Perth Convention and Exhibition Centre.

Asthma WA were on the scene for the entire weekend as part of the Beneficiary Expo held at PCEC, so that everyone visiting the centre for Telethon could see and hear about the great work the team  are doing all year.

After the 2017 Telethon Asthma WA received a grant from Telethon for the ongoing support of the Manage My Asthma Kids Club and education campaign, which focussed on raising awareness of asthma triggers, the importance of adhering to preventative medication and their device technique.  The funding was used to maintain and promote the Kids Club, with focus on regional areas, including the website, regular newsletters and other health promotion opportunities.  Our Project Officer undertook 4 trips to regional areas, as well as a statewide survey to explore what children and their parents/carers most wanted from the Club. 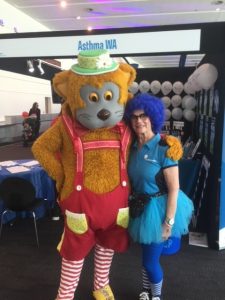