Fighting for your next breath is terrifying. 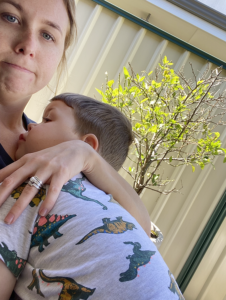 For six-year-old Riley, the flare-ups would come without warning. The wheezing would become a barking cough leaving him breathless and gasping for air.

He would barely sleep for days at a time leaving him exhausted. He had trouble focusing and was always grumpy. His mum, Jess would soothe her little boy as best she could, but she barely recognised the bubbly little toddler he’d once been.
Jess soon became scared to leave the house in case Riley got sick. His chronic asthma had become a prison sentence for the entire family.

“Riley would have these awful attacks. My husband worked away so I was often home alone with him and our baby daughter. I was constantly terrified and trying to think ahead.

I wouldn’t sleep because I’d be listening to him, making sure he was breathing.

On the worst nights, I would ring my mother-in-law in the middle of the night to come over just in case I had to leave my daughter and rush him to the hospital.”

While his little friends would be full of energy and independence, Riley would spend days on the couch, too exhausted to do anything at all. 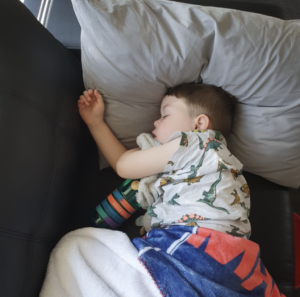 “He was a little boy trying to be independent and cope with big emotions while feeling exhausted and in a bad mood most of the time. At a time when development was key for his little brain, learning new things became so hard that he didn’t even want to try.”

“At one point I was taking him to the doctor every week. But because as he was so young they were reluctant to diagnose him, and said there wasn’t much they could do.

I felt like I was going insane because no one was listening. I was just being bounced around the system. It was incredibly frustrating and went on for nearly two years.”

Jess knew they needed help. She shared her desperation with her mother-in-law who was working as a ward clerk at Fiona Stanley Hospital.

She told Jess not to make any more appointments for Riley, until she’d spoken to Dr Oo, a Paediatrician she knew from the hospital.

Thankfully, Dr Oo told her to call Asthma WA immediately. The next day, Jess was speaking over Zoom, with Kate, one of Asthma WA’s wonderful Clinical Nurse Educators.

“I felt like someone was finally hearing me. Kate told me that I was not crazy which was surprisingly reassuring! It was a huge moment and it changed Riley’s journey with asthma forever.”

As Riley was going through a flare-up at the time, Kate gave Jess some immediate action steps to help with his breathing. She then made them an urgent appointment at the Paediatric Respiratory Hub.

“That first appointment at the Children’s Asthma Hub made a huge difference. They saw what was going on with Riley and gave me a plan, which has been amazing. It’s just been a huge turnaround for our family.”

The best thing is that Riley finally knows he has asthma and what to do to prevent an attack coming on. For Jess, it’s a huge sense of relief knowing what is going on with her little boy.

Riley has visited us three times now! While his asthma is finally under control, he will receive regular monitoring and lung function testing to make sure he stays that way. 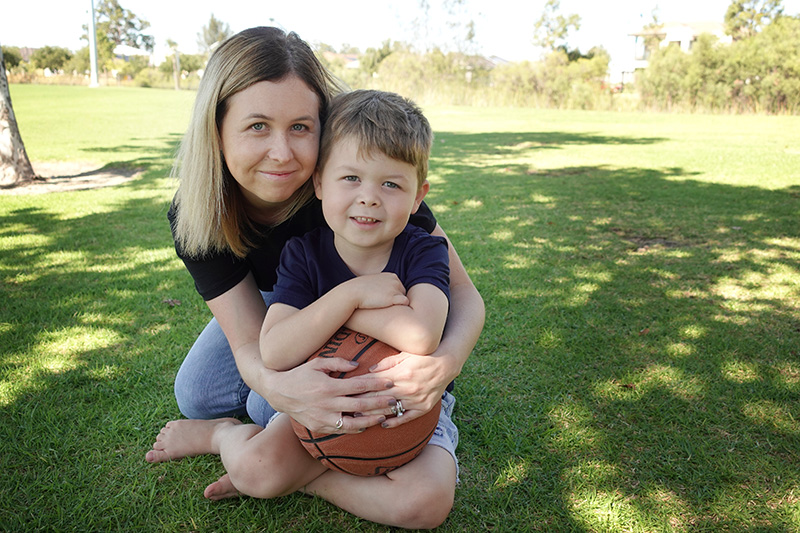